One of the viral hits of 2013, Volvo Trucks Epic split featuring Jean-Claude van Damme is an excellent video. At the time of writing, it has been viewed over 67 million times. This makes it the most watched automotive commercial on YouTube ever. 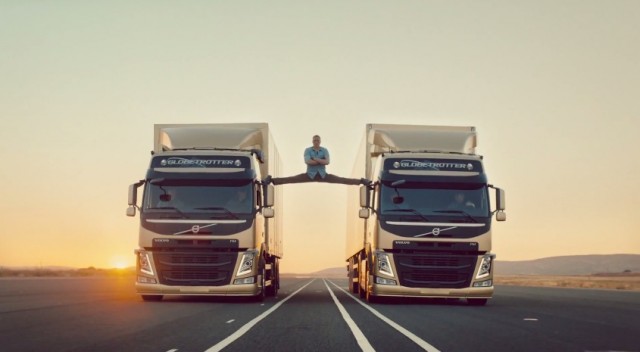 Posted on november 13th, the video quickly gained traction and already hit several million views. Two days before the video launch, a teaser was launched showing how the technician of Volvo Trucks explained to Jean-Claude how What things would go down:

The video commercial is meant to promote Volvo’s Dynamic Steering, which Pattern is shown in detail on cheap jerseys their page here. There have been many, many spoofs of the Volvo Trucks Epic split video, as you can see from this Google search.

If you look closely in the Volvo Trucks Epic split video, only one truck moves, the other keeps Needs its line. Also, several people have pointed out that the trucks were not moving turns backwards: but as you can see by how the wheels rotate. Also, the truck on the left of the screen is shorter than – the other.