Pizza Hut Japan has opened a new shop. They’ve done the grand opening of Pizza Cats!, which is essentially cats handling your pizzas at Pizza Hut.

Check out the main video, as well as other video’s too, posted below. The website containing the grand opening can be found here.

Of course, the YouTube channel tells (in Japanese) that the store is fake, luckily. It doesn’t seem that the cats are very good at handling pizza.

Here’s one cat of the Pizza Cats crew in charge of handling phone calls, which turns out that he or she isn’t doing it very well: 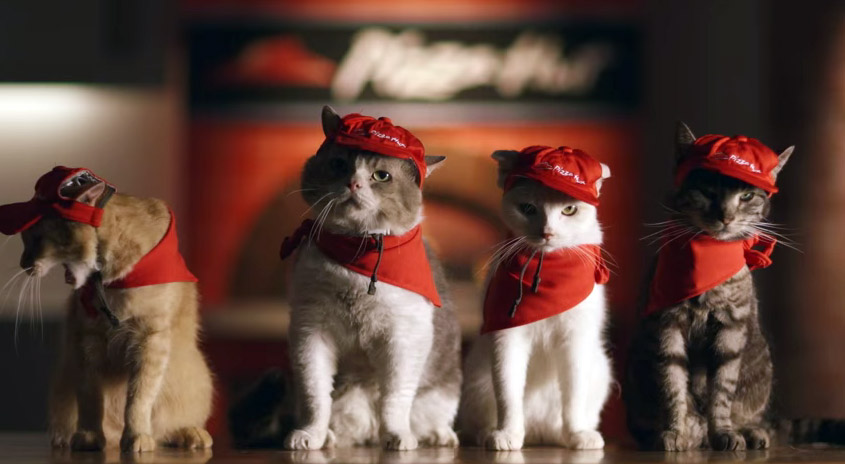 Be sure to check out the dedicated Pizza Cats! site, including the animated gifs, right here.

I knew the Japanese loved their cats, but didn’t know that brands like Pizza Hut in this case went as far as putting them on the crew list and creating dedicated websites for them. I wonder how much of a hit (or a flop) this is in Japan itself.

As a bonus, here’s Tencho picking up his paycheck, which from his sniffing looks like it’s filled with cat nip and/or tasty fish more than actual money:

In any case, they really like to do things differently in Japan: this theme website and accompanying videos show that again.