Taking a break from the Super Bowl commercials, here’s a video from the Mercedes AMG Petronas F1 team that caught my eye. It’s a video where the driver team gets ‘prepped’ for the new season which apparently has lots of new rules and regulations… 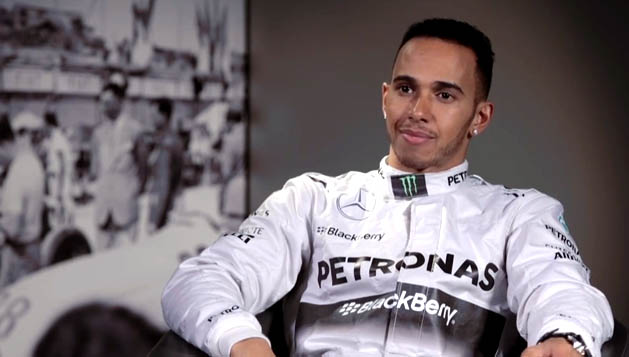 The Mercedes F1 team video starts with an off-screen interviewer asking Lewis Hamilton what he thinks of the rule changes. Both Lewis and later Nico Rosberg ask what rule changes he is talking about.

The first thing the interviewer mentions is already a shocker: ‘the smaller engine, the 1.6 liter engine’. Nico responds with ‘Just Mercedes?’ and ‘My first car had more than that’. Lewis: ‘My engine is 1.6. What?!?’. ERS (instead of KERS), penalty points and also the fact that there’s gonna be a pole trophy. The responses by both Lewis and Nico are hilarious.

I got to give it to those guys of the Mercedes F1 team: excellent warm up for the new season. Humorous, unscripted and excellent baffled responses by the drivers. I’m sure many Formula 1 fans will love this as well, regardless of whether they are fans of the Mercedes team or not.