One of the cooler ads this year is the Kia Super Bowl commercial called The Truth. In this case, starring Laurence Fishburne as Morpheus, you know: that guy from The Matrix. It may not have received the massive amount of views the Budweiser Super Bowl commercial has, but I still think it’s cool.

The video begins with a couple retrieving their car, but instead of a regular valet parking guy it’s Morpheus greeting them: 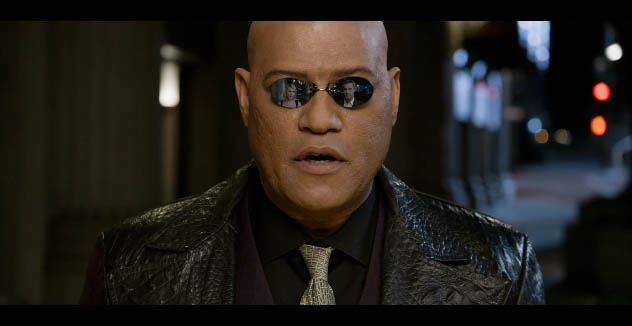 He has a special proposition for the couple. The blue key will return them to what they know. The red key will let them experience luxury in a new way. Of course, the red key is chosen and a white Kia K900 comes rolling in.

Of course, when driving the car, they haven’t gotten rid of Morpheus yet. He has one other trick up his sleeve: he bursts out in a song, the great opera singer he is. This happens while rolling along some agents sitting in a diner.