The Jaguar Super Bowl Commercial this year focused around British villains and what they like. We see Ben Kingsley and others talking about being a villain, which includes driving a Jaguar. The commercial starts out with a private jet landing, and one of the three villains in the commercial getting the keys to his Jaguar handed to him by a lovely lady. After that, he drives off, still talking with his very British accent: 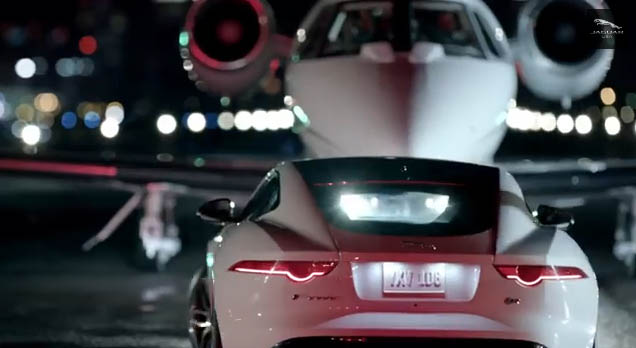 While driving away in the white Jaguar F-type coupe, a helicopter comes hovering along with another Brit sipping some tea. Quote: “we’re more focused, more precise”.

Driving into the city, the chopper Brit also notes that British villains are obsessed by power: good call. This Jaguar Super Bowl commercial really tries to be bad, but it seems too much, too slick. Of course, with Super Bowl commercial air time costing several millions, it’s only logical that a lot of budget should and would be spent on the commercial itself.

The Jaguar Super Bowl commercial ends with the tag line ‘How alive are you?’ – and a hashtag in between: #goodtobebad. There’s even a dedicated website for the car, britishvillains.com which redirects to Jaguar USA website.

In this case, I think the Kia Super Bowl commercial with Morpheus is better, has more impact.