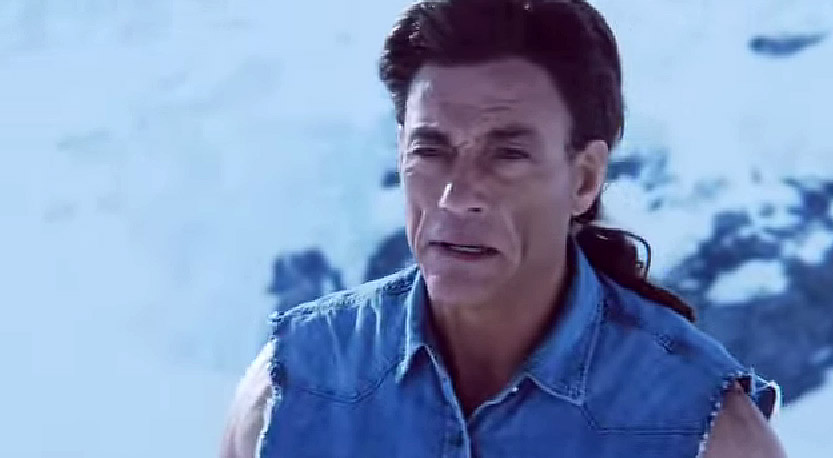 In the commercial we see Jean-Claude van Damme carrying big blocks of ice up a snowy hill. However, his ponytail also drags along a sled with even more ice. Further on in the Coors Light Ice Bar ad we see him splitting ice with his trademark moves including a kick jump. The music accompanying the video is just really over the top ’80s, with synthesizers, guitar solos and more.

With his bare hands he sculpts, chissels and constructs part of what will become the Coors Light Ice Bar. Ending it with a flower (of ice), a rug (of animal skin, or fake) and a Coors Light (of beer), Jean-Claude notes that you can visit his Ice Bar at coorslight.co.uk. Sadly, the extra videos on that site (to be found on this page) are not available.

Apparently, Coors Light has indicated that three actual Coors Light Ice Bar buildings will be made: One in London, one in Manchester and one in Austria.