The Renault Twingo Go anywhere go everywhere tv ad is brilliantly artistic. Or maybe, artistically brilliant. It has been produced by Publicis Conseil and French artists Kuntzel+Deygas. The Renault Twingo car is transformed into a cartoon character in a psychedelic world. The commercial is accompanied by the song Sexx Laws by Beck.

The video above is the extend 2-minute version.

The ad even includes elephants and bags, with the Renault Twingo happily driving along: 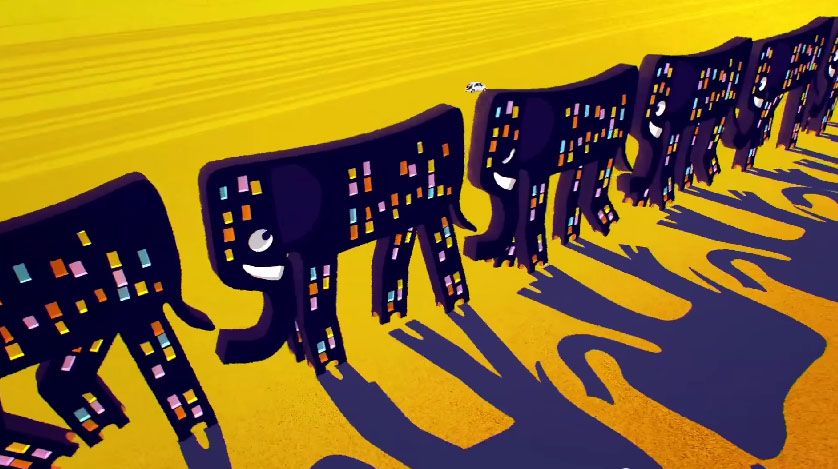 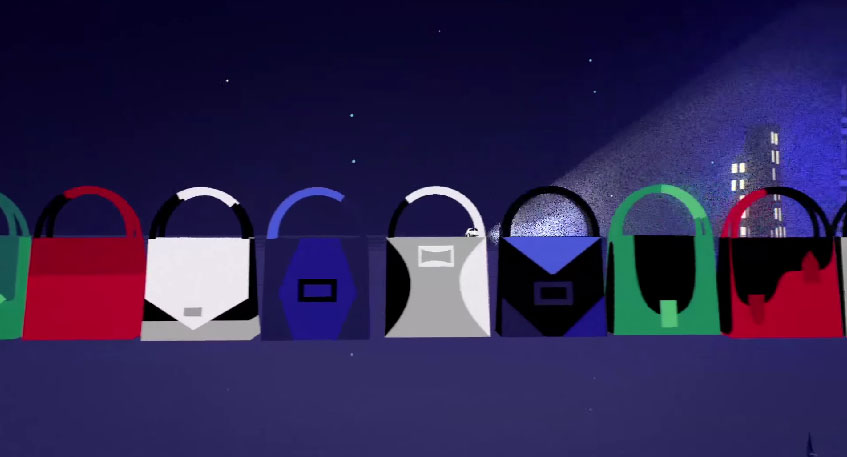 I must applaud Renault for taking a different stance on car commercials than many car manufacturers. No deserted ocean roads, green country ways or such. No nifty city tricks concerning parking or safety. This Renault Twingo Go anywhere go everywhere tv ad really makes watching tv commercials fun again. Quite a difference compared to the age-old adage of putting cars in situation that nearly nobody is ever able to enjoy. This fantasy world created for the Renault Twingo is at least more enjoyable, even though it too is not a reality to drive in.

The Beck song just has me singing along happily when I see it appear on tv. Sexx Laws is a 15 year old song, and its music video is at least as creatively bizarre and cool.

Check out that music video below: